More and more people everyday are getting curious about BitNautic and how it is special, in this world full of good-for-nothing startups and scammy ICOs.

1. We want to solve REAL problems

Forget speculation, forget gambling on currencies: what we have in mind is something that will bring real change to the world that you can see, you can touch. The shipping industry has been plagued for years by an ever growing obsolescence, unable to shake off its chains and jump into the third millennium. We want to change that. How?

The solution is a single platform, capable of holding together all the major players of the market: carriers, shippers, producers, buyers. Every one of them has different needs, and different obstacles that prevent them from fulfilling them. And how do they solve them? Phone calls, unfavorable deals, friends of friends. Lack of choice, long waiting times, tedious and complicated bureaucracy. 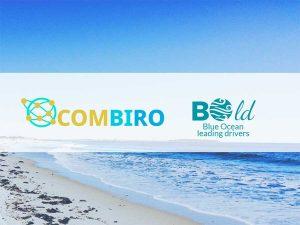 Trending
Combiro and BOld team up

What we propose is a completely transparent network, where ship owners can list their ships, their location updated in real time, and cargo owners can find the best routes for their shipments, and at the best price. At the same time this will allow them to forge new business relationships, extending their network and bringing new customers to their business.

Enter the Blockchain. The blockchain is a distributed database where all transactions are stored, not in just one place, but on every single computer that is connected to the network. This allows every party with the correct key to access the state and entity of every single transaction, allowing a transparency that was never seen before.

Specifically our ICO, which is going to give birth to the BitNautic Tokens (BTNT, the currency that will be used on our platform) is based on something called a “Smart Contract”, a digital protocol that checks and verifies every transaction, preventing any wrongdoing whatsoever. The smart contract is built directly inside the blockchain, and guarantees an unparalleled level of safety in transactions and information sharing.

The true fuel of every successful project? Enthusiasm, skill, drive. In a word, the Team. Besides the incredible expertise that our team can bring to the table, it’s made up of young people, friends in personal life, that work together like a well oiled machine. To guide them, the team also composes of experts from the shipping sector, from the sales sector and the crypto sector. This union of competence and cohesion is our strongest suit against any kind of adversity.

So what are you waiting for? Check out our website BitNautic, contribute and become part of the revolution of the shipping industry!