The 2022 BlueInvest Day took place on Monday 28 March 2022 in Brussels (both in person as well as online) and during the day several companies took part in the Pitch Battle that lead to the winners of the BlueInvest Awards. The event featured the European Commissioner Virginius Sinkevičius and European Investment Fund (EIF) Deputy Chief Executive, Roger Havenith who took on the occasion to announce a new dedicated equity initiative for available translations of the preceding for the blue economy under InvestEU. The initiative will mobilise an additional €500 million of EU funds for financial intermediaries investing in this sector.

As part of the event, the BlueInvest Awards also took place, Javier Llompart, from BOld was one of the judges of the Pitch Battle, under the award category “Ocean Observation”. 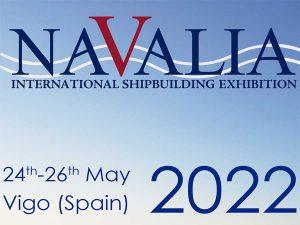 Trending
NAVALIA has opened visitors’ registration for its eighth edition

In the category Net Zero and Decarbonisation, the award was for the wave energy converter company Calwave.

Under the Circular Economy and Preventing Ocean Pollution category, Pharem biotech won the award for their technology of water treatment based on the natural degradation of pollutants by enzymes.

In the Responsible Food Systems, the award was for Pure Algae with their system for controlled production of algae.

A second EMFF co-funded body, Esteyco, won the “People’s Choice” award via an online vote which saw more than 500 votes being cast.

BlueInvest is a platform and accelerator to foster innovation and investment in sustainable technologies for the blue economy. It provides investment readiness support and access to finance for early-stage businesses, SMEs and scale-ups. BlueInvest is enabled by the European Maritime, Fisheries and Aquaculture FundSearch for available translations of the preceding and has just been renewed for a further 4 years for almost €5.5 million.