Growing rice in the ocean

Alora is a startup that is trying to grow rice in the ocean. To do that, they are developing oceanic salt-tolerant rice (but they plan to expand it to other crops like grains, leafy greens, and herbs). Founded in 2019 as Agrisea, the company – now known as Alora – will build on this milestone by commercialising salt-tolerant land varieties to enable the restoration of land agriculture in the most salt-damaged regions on Earth.

Right now, they’ve managed to grow plants with high yields at salt levels of 12 g/l and show an upper tolerance of 16 g/l (the ocean is at 28-32 g/l)–Regular rice is severely compromised by a salinity level above 3 g/l–while working to reach 32 g/l. This was managed by gene modification (using CRISPR tools). They found a particular pattern of eight genes, in things like seagrasses and mangroves, that work together to allow the plant to not only defend itself against the saline environment but also use it to its own benefit as a way to power growth. 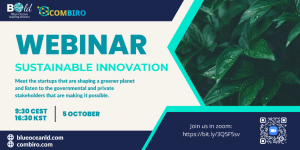 Alora decided to start with rice because it’s the most important staple food for half of Earth’s population. Rice is also the world’s third most produced agricultural crop (after sugarcane and corn) but it is particularly vulnerable to saltwater intrusion. Currently, the invasion of coastal soil by ocean water, which is exacerbated by human activities such as groundwater extraction and the rise in sea levels due to climate change, is causing trouble for crops.

Salt draws water out of plants, reducing their ability to grow and defend themselves against the elements; then it slows the plants’ metabolism and impairs their ability to photosynthesize, which reduces yield.