It’s the question on everyone’s mind: how best to deal with the IMO’s 0.5% sulphur cap regulations?

With just over 18 months to go until the deadline, decisions need to be made on capital investments for scrubbers and new builds now. Trafigura recently announced it would install scrubbers on all it’s new build tankers arriving in Q1 2019.

Over the last few months, BunkerEx has been quietly forming a view based on extensive conversations with various stakeholders, research papers, articles and conferences. Our conclusion is that for now, scrubbers are not the answer.

This is a view shared by giants such as Maersk, Hapag-Lloyd and Pacific Basin who have all publicly expressed their doubts. Below, we explore our reasons.

Due to the large gulf between HSFO and MGO prices (currently about $230/mt), there is a strong economic incentive for refiners and blenders to produce a stable <0.5% sulphur fuel oil. This increases as the difference in the forward curves gets wider after 2020. 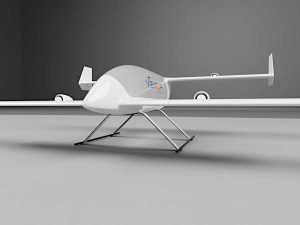 At BunkerEx, we have already spoken to several companies investing heavily to create a stable and usable fuel. This comes as no surprise. Suppliers that are able to offer compliant fuel at a discount to MGO can gain considerably.

Therefore, shipowners shouldn’t completely resign themselves to paying MGO prices, but instead recognise the strong market incentives for the supply of <0.5% sulphur fuel.

Furthermore, the viability of scrubbers are normally measured against HSFO-MGO price differentials. However, a more accurate assessment would be to measure against:

This accounts for any potential <0.5% sulphur fuel supply.

Besides the likely increased availability of a <0.5% sulphur fuel, there is also the probability of decreased availability of HSFO as it becomes uneconomical for refiners to produce it. Recent IMO actions suggest just carrying non-compliant fuel onboard would be a violation (assuming there is no scrubber), meaning many suppliers may not even offer the option to deliver it.

This would render having a scrubber disastrous: The shipper would have to pay a premium for a compliant fuel plus the capital cost of a scrubber. We compare this plainly below.

Without a scrubber on board

With a scrubber on board

In a recent FAQ document published by the IMO, they state:

Therefore ships may avoid the fines should they be able to prove that no <0.5% sulphur fuel was available. Although the rules around how this would work are uncertain, it could sway the decision to avoid retrofitting a scrubber.

We firmly believe it is highly unlikely a delay to the January 1st, 2020 date would happen. However it’s still worth learning from the delay to the Ballast Water regulation.

Why is a delay unlikely? Because shipping is currently not included under the European Union’s Emissions Trading Scheme. However if the IMO does not adopt a their own CO2 control strategy by 2021, shipping would then be included in the scheme – an outcome the international maritime community would rather avoid.

It’s worth noting thought that when the Ballast Water Treatment regulation was delayed, many of the early adopters of new treatment systems took an unnecessarily early financial hit. Furthermore, the US Coast Guard released their own set of Ballast Water rules that differed from the IMO’s. This punished early movers more as they may have installed systems that did not comply with both standards.

Due to the reasons above, installing a scrubber before the landscape of available fuels is clear seems unnecessarily high risk, as the pay-off is uncertain. In a recent survey, only 13% of shipowners intend to retrofit a scrubber. Therefore retrofitting one onto your vessel goes against 87% of the market.

As the technology becomes more commonplace, the cost of fitting scrubbers and disposing of the waste should decrease. It is always possible to fit a scrubber later once the picture becomes clearer.

However, in the case where a shipper can secure HSFO supply in all their ports, installing a scrubber could be a clear winner. This would only work with long term supply contracts and a reliable supply chain. It is likely to only apply to liner services or long term COA’s that can predict their lifting pattern well past 2020.

Should you need any more guidance about the upcoming sulphur regulations, please visit https://bunker-ex.com or email us at [email protected].

2018-04-17
Previous Post: 6 Ways for Shippers to Reduce Bunker Costs
Next Post: Against Virtuality: Why The True American Spirit Supports Only Pragmatic Projects